A weird email arrived at my airmail inbox on April 9 of this year, 2017.

It was nothing more nothing less, an email from YCombinator, requesting a video call with the Toky team. 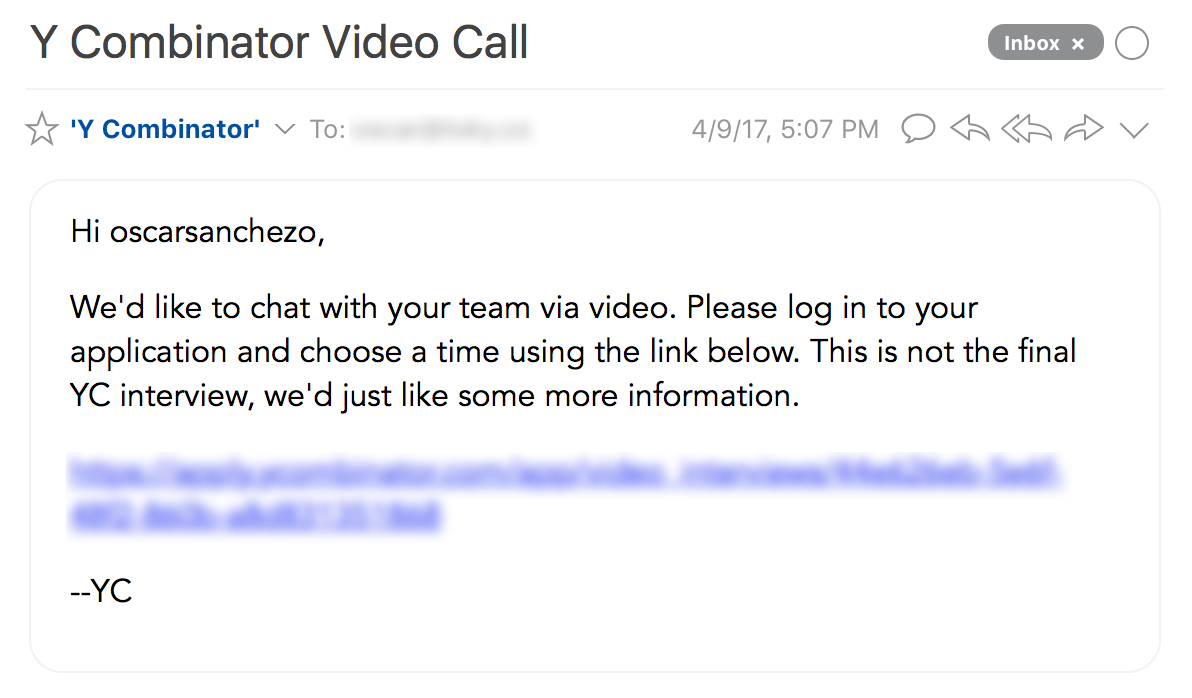 So, this is how the adventure begins

We set a date and talked with Michael Siebel, co-founder of Justin.tv, then Twitch (a company acquired by Amazon for 970 million dollars), currently the CEO of Ycombinator who was in Madrid at the time.

In a ten minutes interview, Michael explained that this was in response to our application to the Summer Batch of 2017. It was simply to get to know each other and see Toky's progress in recent months.

It was a really quick interview with specific questions. Michael said goodbye and closed with "I hope to see you in Mountain View."

We were in anxiety with Carlos and the rest of the team and we started to analyze every word from Michael. 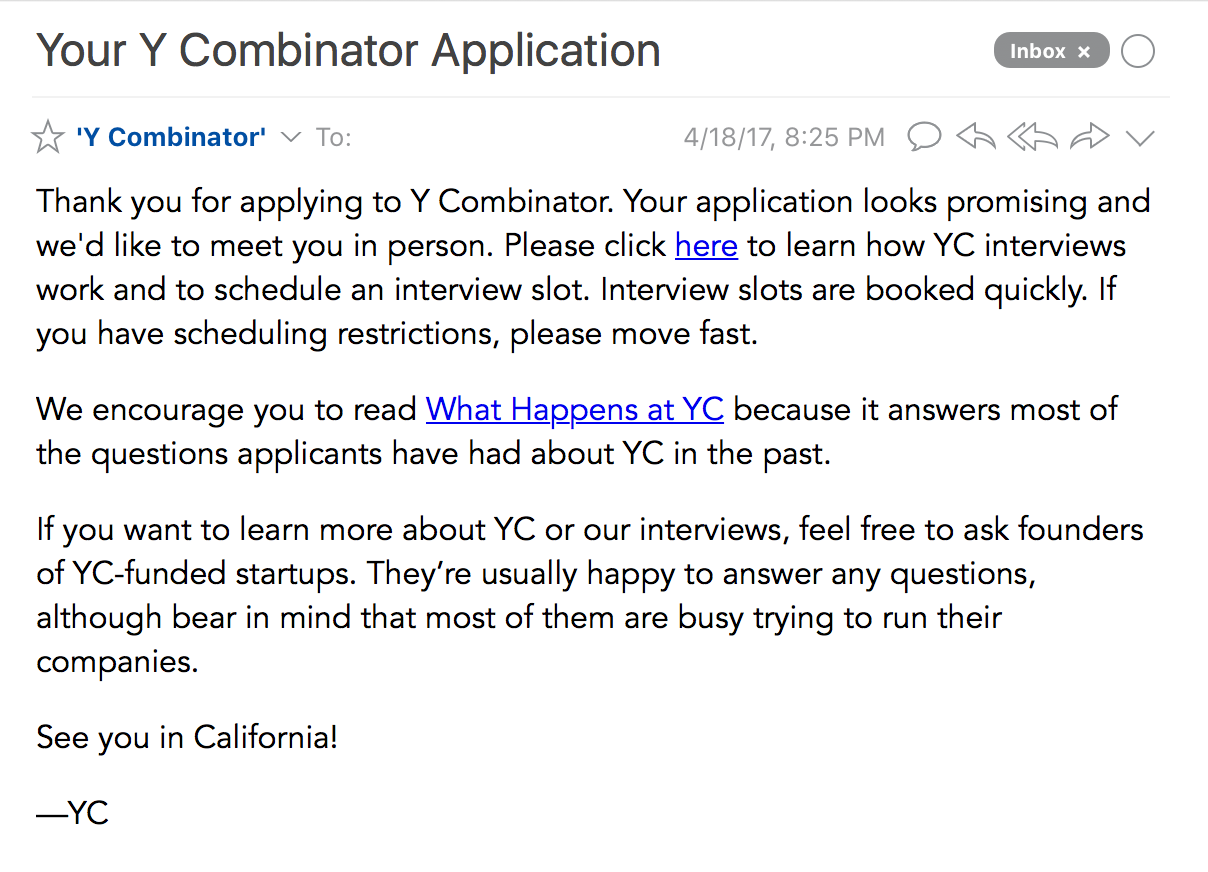 It was April 18 at 10:00 p.m. in Asuncion, Paraguay, when we received the email informing us that we were invited to the YCombinator face-to-face interview.

Ycombinator, better known as YC, is considered to be the best business acceleration program in the world. Companies like Stripe, Airbnb, Dropbox, Reddit, Twitch, among others went through YC. It is so complicated to be part of this group of entrepreneurs that entering the accelerator is said to be more difficult than joining Harvard

We had only 10 days to organize a fleeting trip to Mountain View, where we would meet the heads behind the organization.

Getting ready for YC

YC encourages you to contact previous batch entrepreneurs (Alumnis), so they can give you advice on the much-feared YC partner interview.

Amazingly, they all gave us their support, advice and even took the time to have a call with us. Entrepreneurs and incredible people.

Meanwhile, in our office...

The mood was different as if YC had validated the product we built. The one that was already validated for more than 400 customers and which today is used in more than 90 countries.

A super smile was fixed on our face as if the invitation we received from YC, was as good as everything we had achieved in these three years of working with Toky.

We all congratulated ourselves and looked forward to the trip to see what the outcome of the interview would be.

On Friday 28 I flew from Asuncion to San Francisco, nervous and enthusiastic, it gave me the same feeling the first time I took a plane. Before taking off, I could not swallow the saliva, I had trouble understanding that I was flying to the MECA of the technological entrepreneurship; yes, we were invited to Silicon Valley for all the effort we were doing.

I could hardly sleep on the flight, I could not even work, and I did not even read because of the anxiety.

We took the responsibility of doing a good job in Silicon Valley, each one of us working at Toky, deserved to give our best.

After more than 17 hours in total travel, at last, I arrived in Silicon Valley. We stayed in an apartment that we rented by Airbnb (quite expensive by the way) but we were just a few blocks away from Ycombinator headquarters. This would make it easier to go the day of the interview without any trouble. 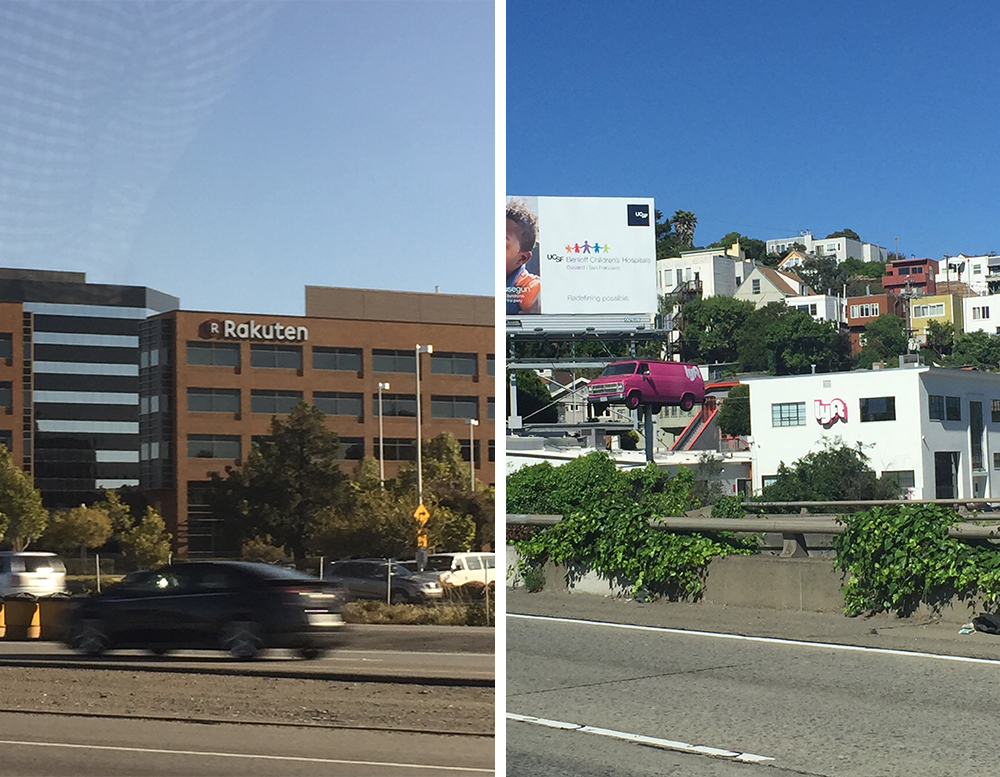 I traveled the road from San Francisco Airport (SFO) to Mountain View in Uber. In that single 40-minute drive I passed close to more than 10 office buildings of tech companies, among which I remember were Evernote, Microsoft, Oracle, Salesforce, Rakuten and 23andme.

Mountain View is beautiful, super clean, safe and tidy town, friendly people who greet you when you walk.

The WiFi of the apartment was ultra fast, of course, it is the best place in the world to start a technological venture. Something anecdotal is that among the different names of the WiFis of the neighbors was that of 23andMe. Yes, we were neighbors to a unicorn in Silicon Valley.

Carlos arrived the next day (Saturday), ready for us to rehearse the dreaded interview together.

The scheduled date was for May 2, 2017, at 2PM. We had almost two days left, but the nerves and the excitement were playing against us with the feeling that suddenly the time passed very fast or sometimes very slow.

We began to write in a shared document all the possible answers to the questions that could be asked. We spent reading the YC page, posts articles about the questions they ask in the interviews, and a fun but frightening timed questionnaire that we found in the middle of the pre-interview paranoia.

On Saturday we began to write the answers in the middle of the dinner (pizza with the favorite drink of the founders in Silicon Valley: Lacroix) and without realizing, we were having the life of some founders in Mountain View 😜. The ecosystem was already catching us.

Sunday was the day of concentration, with walks to parks of the zone, learning our own answers of memory, trying that the pressure would not play against us when the time comes and we had to answer the questions.

After many tests, we learned all the possible answers. There was nothing left than rest hoping that Monday was not a heavy day at Toky, because we were going to be offline for a few hours.

The day arrived and early in the morning, an email confirmed that we had an interview that day at 2 pm. The email had all the instructions on how to get there, how to introduce yourself and even how to dress.

The time to leave the apartment came very fast because Toky was a normal day, and we were working all morning.

We left at 1 o'clock on the way to the offices of YC. After walking 20 minutes, we began to see other groups of entrepreneurs rehearsing their lines, getting closer, more and more groups, and all with a nervous smile 😊.

We arrived and were treated super good, they gave us a badge with our users from Hacker News and we went directly to wait for our turn for the interview. 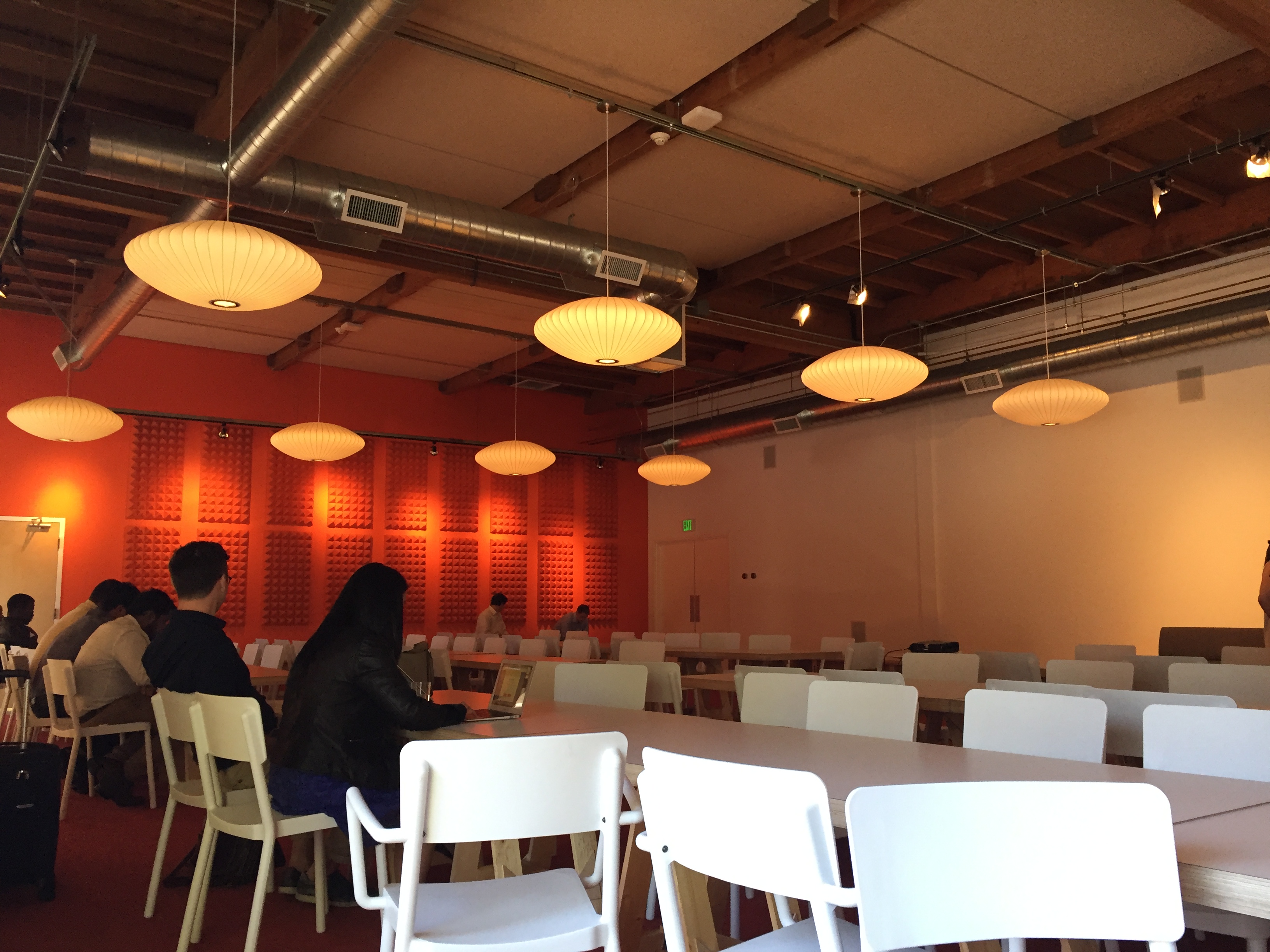 Several groups were in what I think is the place where they make the famous dinners with the other founders.

Focused and ready-to-interview teams. Three groups went by and then we heard that they call us loud and clear: Toky, Inc? We answered by raising our hand and we approached the room where 5 YC partners were sitting. I was so nervous that I think I could not identify anyone.

The interview started at the same time they pressed a button on a timer and the ten most tense minutes of the founders of Toky began.

First question:
- What do you do? Broke the ice. Carlos confidently said the pitch we practiced without any mistakes.

When the answer ended, we expected the interview to be a series of questions, however, the interview started to look more like a conversation.

Some questions arose:
How many customers do you have? What technology are you using? And others that I do not remember, but these questions were totally driven by the conversation we were having. None of the more than 50 questions we had prepared were asked. The interview was mostly a conversation, a conversation about how customers used the product, what features it had, how many integrations. Everything very related to the product.

We heard a noise at the door, we were told that the 10 minutes were left. The conversation continued without any uncomfortable question. They entered the website, I think they did a demo quickly and that was it.

We left the room very confused, like wanting to know if it was good or bad or if we had led the conversation to a good point or a bad one.

After chatting with Carlos and drinking some water, we calmed down and decided to see who were the ones who interviewed us, the table was made up of these people:

That was a frightening table.

We just realized that we defended Toky in front of people with enough experience in technology and investments.

The worst part is not the interview, it is what comes next

YC notify those who are in the batch in two ways, if you are accepted, they give you a call, but if you are not, they send you a detailed email explaining why they did not accept you. They usually send it in the afternoon or evening.

The anxiety of knowing the results mashed our head all afternoon. We went to lunch, we walked, we laid down on the grass at the park, we got up, we walked more, we bought things from the supermarket, we tried to work (we could not), we went back to the pasture, we went back to the apartment, we threw ourselves on the sofa, we checked Twitter to see if they already called someone, everything was very confidential, nobody said anything.

And... the email arrived

Phew, just by writing this, I feel the same disappointment. We were not among those selected. It was sad. We talked to the team and we started receiving answers, which we needed to recharge.

The team gave us the strength we were looking for at that time. In that moment, we got our computers and started working. Yes, being like 10 pm after one of the most anxious days in my life, we continue our life, working at Toky.

The next day we sat down to prepare our next goal in Toky: Return to Silicon Valley as soon as possible. The best thing is that we realized that it is very feasible to achieve it. Next time, our efforts will continue to put us where we need to.

The trip we made became more clear by sharing with other local entrepreneurs. What makes Silicon Valley, what it is, is the desire to share knowledge, to help and generate an ecosystem where everyone is favored.

This is what we often miss in our nonexistent ecosystems of entrepreneurship. Many entrepreneurs want to climb to the top by stepping on others, without looking down or without giving a hand to someone who needs some help.

After this trip, we understood what makes Silicon Valley so great and we think we only knew it superficially.

We learned that from any part of the world, we are able to reach any standard of excellence or quality, with effort, this is demonstrated by more and more people and companies from all over the world.

Sharing is the greatest innovation of entrepreneurs

Being on a post at Techcrunch does not make you successful and receiving a multi-million dollar investment is not the goal. The entire Toky team is committed to sharing and growing the entrepreneurial ecosystem not only locally, but globally. It is time for us to realize that sharing is the ultimate innovation of entrepreneurs. It is the time when we can create the synergy that all entrepreneurs need to grow together as an ecosystem first and then as a society.

It is a unique moment in our time when we can use technology to build bridges and for creating a society with similar opportunities for all.

After a weekend in San Francisco, we pack our things.

This was not the end of the journey, but the beginning. 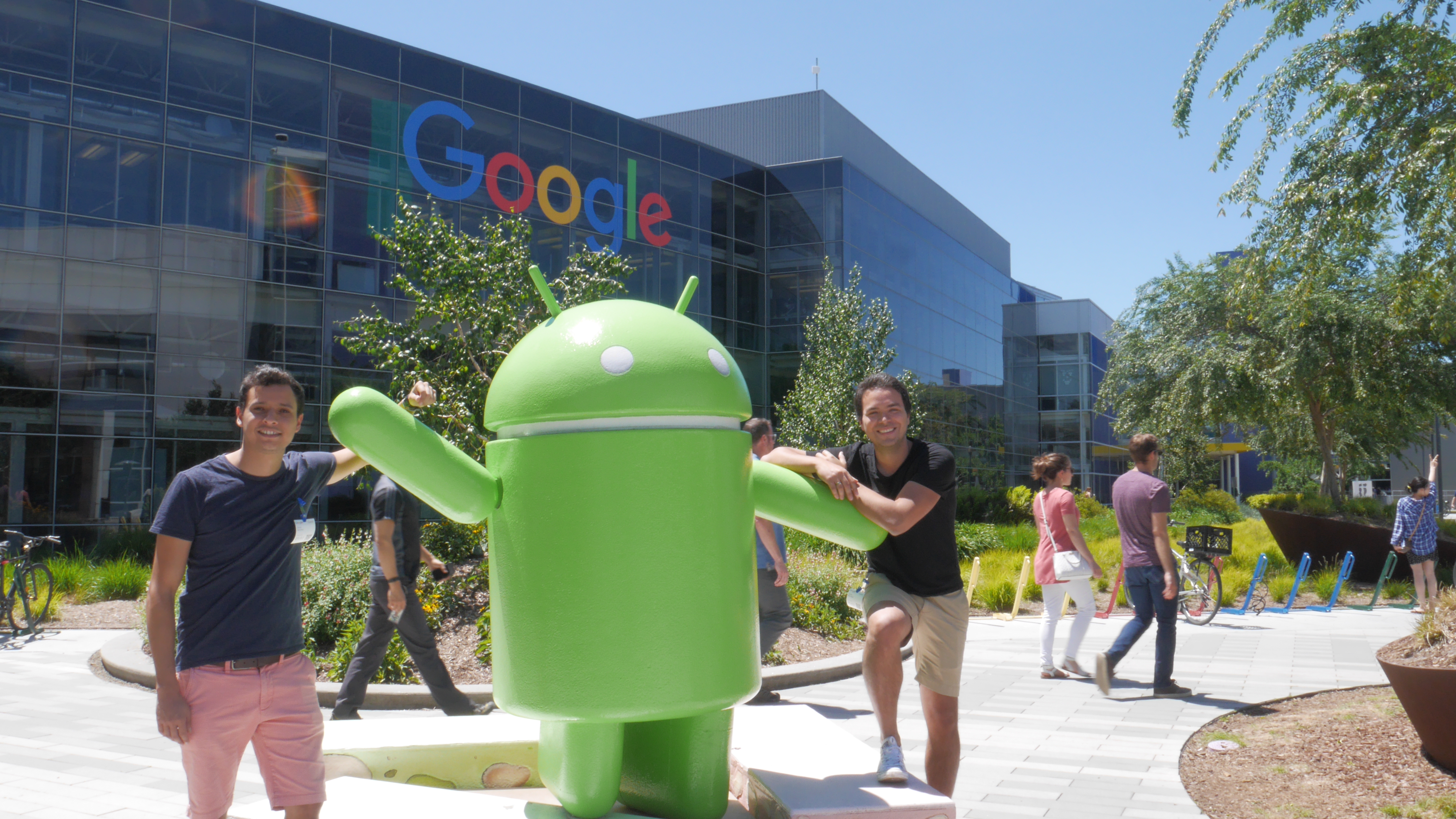 How to build a valid business email list for cold email campaigns?

Despite what you may think, cold email campaigns are very effective for B2B businesses. At first, we thought it…

10 phone sales tips to get more from your cold calls

Selling over the phone is much more than just taking a list of phone book numbers, finding the phone…